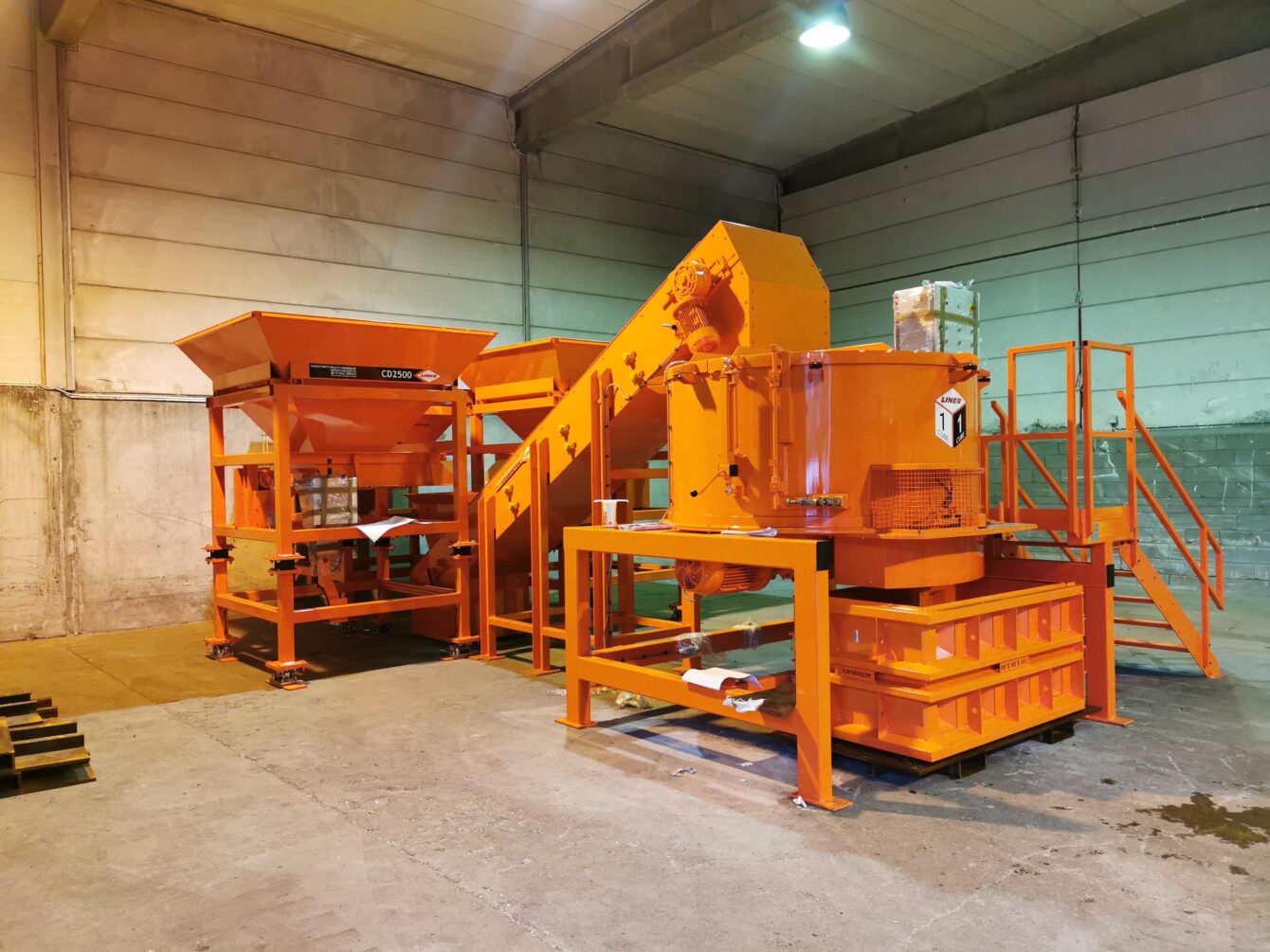 We were approached by a customer who wanted a turnkey project where all the materials were dispensed by hoppers onto a conveyor, into the mixer.

They were requesting a 1 cube mix per run using concrete, sand and roofing tile. Where all they had to do was load the materials into the hoppers, press a button and a set amount of material would be dispensed onto the conveyor, to be loaded into the mixer. Due to the larger output we also needed to increase the capacity of the hoppers to 2.5 cubic meters.

We decided that load cells combined with a plc would be the best solution.

Using Siemens plcs and Mettler Toledo load cells we managed to get a result of the desired load +1kg reliably. when we were doing these tests the margin of error was not directly proportional so whether you are dispensing 100kg per run or 500 kg per run both will have just one extra kilogram dispensed with it so you can easily program this out if necessary. This issue is caused by the “in flight” time of the material. This is the small amount of material which is in the process of coming out of the feed chute while the motor is in its ramp down period/ turning off. Therefore we did not believe the increased wear on all moving parts by eliminating the ramp down period on the motor was worth it to fix the problem, when it can be changed as easily as entering 299 kg to be dispensed rather than 300kg (for example.)

Our largest problem that we had to figure out on this project was the oscillation of the hopper feeders. To counteract this we put rubber shock mounts on each post in between the two major frames. This did reduce oscillation by a great deal however we did have to alter the programming of the load cells to completely nullify the oscillation seen.a secondary benefit of these rubber mounts and building the hoppers in 2 parts is it opens up various possibilities for altering the height of the feed tray so that it can fit various different conveyor or mixer setups so if your layout ever changes you won’t have to re purchase an entire hopper set up just a bottom frame. Effectively future proofing your layout at a greatly reduced price.