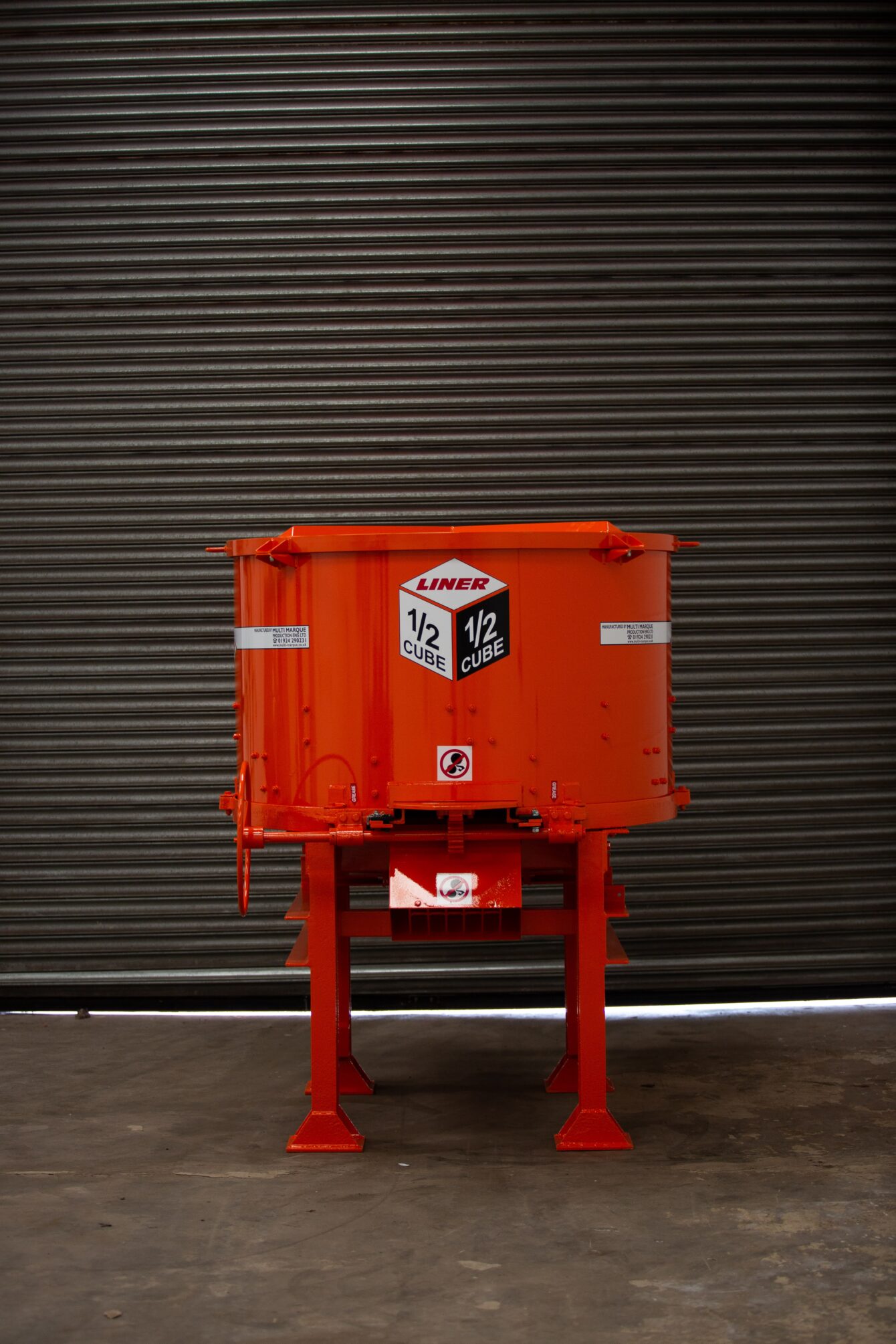 The following are condensed reports from the fa500 tests. They will explore our thinking in the design process as well as provide video evidence of the tests we recorded to show how our different implementations affected the mixing cycle.

From the FA500 we wanted a machine that was fast, reliable and gave as much control to the end user as possible. To do this we had to make the machine mix as fast as possible without stalling whilst having an easy to manufacture components that will last and are easily swapped for maintenance.

To fit these parameters we decided flat blading was our best option. These flat blades drastically reduce the manufacturing time meaning replacements are more cost effective as well as more readily available.

A fast and reliable mix doesn’t stall or get blocked up. Stalling in a mixer is when all material is moving around the mixer at the same speed, instead of the blades cutting through the mix.

Stalling is not especially dangerous; it just means that the mixer is not working as well as it possibly could. And a mixer more prone to stalling is less suitable for larger more autonomous arrangement.

We intentionally oversized the main drive shaft to give the mixer a larger envelope of acceptable wear, and improve the strength of the drivetrain. This drive train can comfortably pass a stop start test. Where we put in a full load of mixture and then stop the machine; wait a few seconds and then start it again. The machine having passed this test gives end users the ability to stop the mix and take a test of the mix, and if it needs to be altered it can be without having to sacrifice one mix of material reducing waste and wasted time.

Test 0 was not recorded.

We completed a successful mix of 500L

When we first started testing the major problem was a build up between the outside blade and the center column. We initially thought the build up was being caused by the plow blade coming immediately before the outer blade. We thought the plough blade was stopping flow onto the outer blade and causing a build up. Although the test mix was successful giving a consistent 500l mix.

Test 1 we changed the blade on the plough immediately before the outside blade to a more streamlined shape. with what we thought a better shape would allow the mix to pass over it quicker improving the flow through which would then reduce the build up.

When starting the mix, it quickly  became apparent that that would not solve our problem looking at the video, nearing the end of the mix cycle we can still see a major build up around the outside blade.

This build up was manageable when the mix was dry. After all the mix was still passing over the blade. But when we added water the build up would collagulate and become a block to all the mixture. This would in turn completely stall the machine and stop the entire mixing process. You can see this in a later video. This is a problem we wanted to get rid of or minimize as much as possible.

Despite its problems we were able to get a solid 500l mix.

In test 2 we completely removed the blade from the plough arm. And only had a very small 50x60mm plate. Looking at the footage the stalling of the mix/ the blockage between the outside blade and the center column was reduced but still present. However we came to the conclusion that this was because of the amount of water in the mix. We did not want a machine that relied on the mixing order we wanted to make a machine that you could throw in material in any order however the end user wanted to, and the machine would just work. So we concluded that the fix did not work and we went back to the drawing board.

The idea of this machine is reliability and speed having and having to consider how you load the machine limits these two factors. This being said it would be impossible with this design to completely stop stalling.

Again the mix (500l) did turn out usable (if wet) but we still weren’t happy.

In test 3 we decided to try to share the load between two outer blades. Thinking that this would half the volume of material going through the gap between the outside blade and the center column. This would prevent the blockages.

In reality this idea did not work as we wanted. This caused some of the worst stalling we saw from all the tests we did. That gap between the inner and outer blade proved to be too small. So there was no flow of material causing a blockage, which in-turn blocked the mixer entirely.

We decided that this method was not worth a full 500l mix but the concrete we did mix turned out ok.

Test 4 was exactly the same as test 3 but we shifted the inner blade round to open up the gap between it and the outside blade. We still didn’t manage a full mix with this method. The combination of the inside blade and plough blade made a bridge causing a major blockage to the large amount of material coming off the outside blade.

You can see later in the mix when the mix is not wet but damp. The majority of mix is just being pushed around the pan this is neither efficient or quick. We decided that this was because of the amount of mixing elements in the mix, there was nowhere for the mixture to go to, so it largely just got pushed around. Except in the areas between the plough blades and the center column.

The material here is mostly stationary. We believed this was the large amount of material coming off the outside blades blocking the material in these gaps giving them nowhere to go.

On test 5 we removed both plough blades. We did see a major reduction in build up. This is more likely to be the reduced amount of material we put in the mixer. And as you can see on the video the machine did not clear making this run not usable. It was around this time where it became clearer that whatever solution we came up with, the outside blade is always going to see more volume at any one point than the other blades. So there is always going to be a large displacement from that outer blade. We did consider reducing the angle of the outside to reduce this displacement but decided against it as it is that blade which does the majority of the work and keeps the time to mix down. Speed being one of our major goals on this project we decided to minimise the blade elements in this area and improve the flow of material going into this blade. To make the most of the outside blade whilst controlling the blockages and stalling of the machine.

We also shifted the inside blade to behind the outside blade, this stopped the issue of the build up chasing the inside blade and not being mixed. This further reduced the blockage and we now have stalls clearing between 2-4 rotations. We believe this is an acceptable limit.

This opens up more possibilities for automation for example using our controlled discharge hoppers with conveyors or even faster loading methods for example bucket loading with a conveyor or multiple conveyors.